Finally it is time to fly with the pigeons.

The breeding season went well and the racing pigeons are separated again from mid-March. Unfortunately we had to wait with the start of the racing season because of the Corona problems. We have left the pigeons in widowhood and let them just train on most days.

Fortunately it came up 11 May good news from the NPO and were allowed from Saturday 16 flights may be organized in May. The department has had a busy week, but we managed to get the permits, etc., just in time. We were allowed Friday 15 May basketting with of course all kinds of regulations related to the Corona but with the help of a number of enthusiasts that job was done well and we have Saturday 16 May had our first training flight.

From 1e flight went just like last year from Kalkar. We have a very nice number of racing pigeons this year, to know 34 racing cocks and 41 racing hens. In total 75 pigeons to basket weekly. The weather forecast was good and the pigeons were turned 8.30 hour unloaded. Kalkar is for us 77 km. Because the wind had turned to the southwest, it could well be a very fast flight.

And so it went well, if 09.16 the first one arrived and a few seconds later we saw that there were already more to come. Because several flew they rotated a few more laps around the trees with us but after a second or 30 the first went down anyway. After that it went so smoothly, they really came out of the blue with groups at once. And if only one goes down, the rest usually wants to. Within 2 minutes we had the first 23 already clocked, it was sometimes urging the valves, who was allowed to enter first.

Almost all pigeons were also at home, one has been left behind so we will probably be with us next weekend 74 can continue.

Because it was a training flight and we as our association encourage all enthusiasts to set the clocks, we also continued everything to Compuclub. It was a bit of a puzzle how to do it again but in the end it all worked out again. 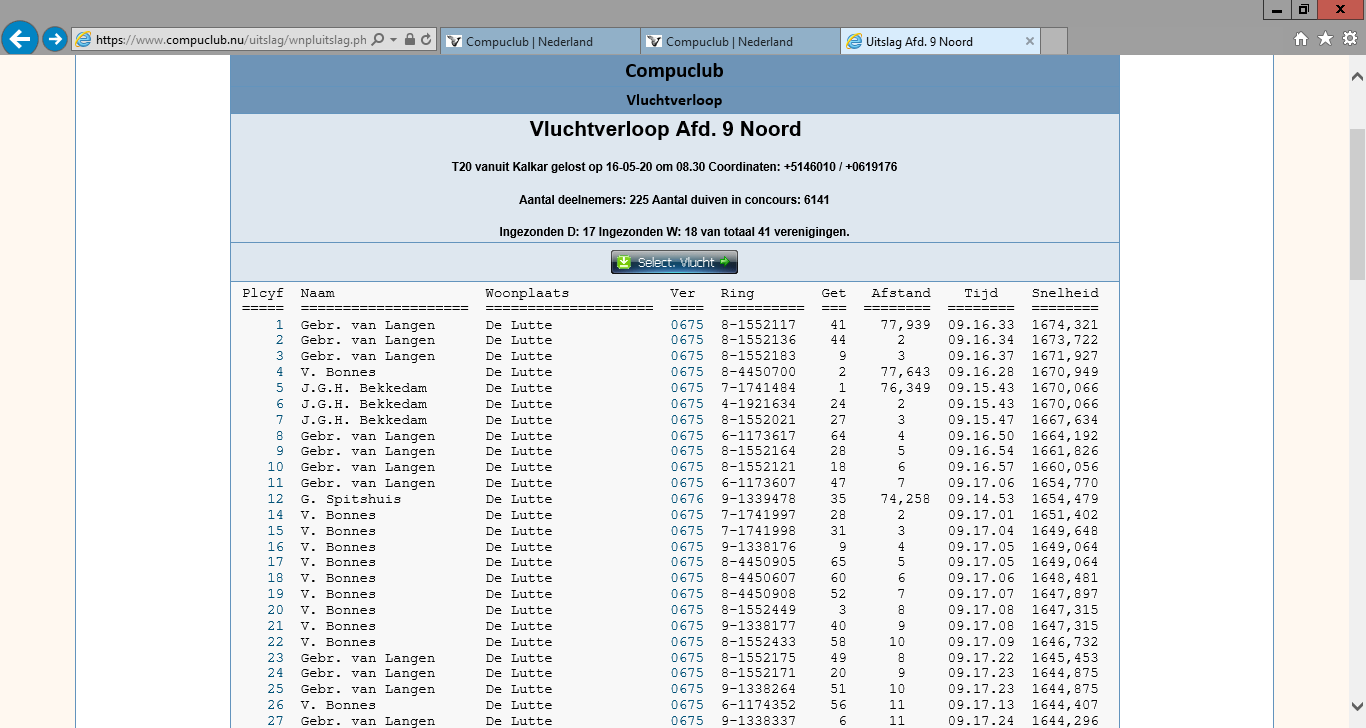