The year 2014 was a super year for Gebr. van Langen. In all kinds of competitions, were they to be found at the top. Rene and Peter was therefore in 2015 lot expected. Expectations they have fully realized with great performance and many championship titles. 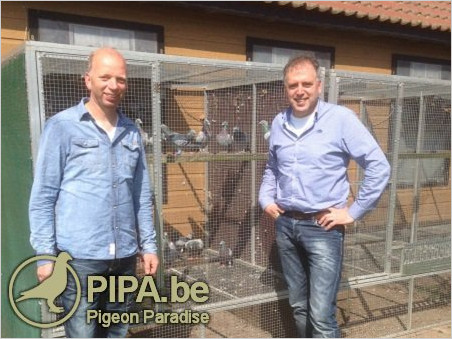 Also in 2015 on all fronts champion again in their territory

That still his performance once again to be at great pride.

To achieve the above championships, there needs to be flights performed well. Rene and Peter do with pigeons on double widowhood. Therefore they have maximum 27 couples. We should note that especially the hens in De Lutte making it beautiful again. How strong is the last year we played show in the chart below:

High price levels are achieved at the races. On the late tour was about four flights even 80%! Also on the short and middle distance, the percentage is, however, against the 60%.

The origins of the pigeons

The pigeons strain of origin is constructed with Janssen pigeons (Arendonk, BE) in the 1994 on a sale in the region have been purchased. The current patriarch NL96-1580149 the Magic Man is an exponent of that Janssen Line. Magic Man himself was a great racer with several first prizes in major competitions. Magic Man has since then emerged as an excellent breeding pigeon. He is also the father of NL00-1356644 Magic Woman. Check out the pictures of Magic Man.

Magic Woman include grandmother Miss Perfect, Fallon en Anne. Fallon and his litter sisters Anne and performed both great. Fallon werd in 2015 the reserve Olympiad pigeon for Netherlands. She ended up in the category A Vitesse 4th Dutch pigeon. In 2013 was Fallon 1e Ace Vitesse in CC De Grensstreek. In 2014 She was 1st Ace pigeon middle distance of the entire department 9. At national level they will end the year as 11th National Ace Pigeon Middle Distance and had therefore a large share of the national championship middle distance.

From 2008 be at Kas and Karel Meijers (Ootmarsum, NL) annually purchased a dozen pigeons race Heremans-Ceusters. Those pigeons Rene and Peter tied to their own tribe, with a great result due. In addition, some success with pigeons from Jan and Leanne van de Pasch (Grubbenvorst, NL) crossed. Tot slot brachten Rene en Peter in oktober 2013 visiting Stefaan Lambrechts (Berlaar, BE). Also the Belgian mirakelhok some pigeons moved to De Lutte. Next year is unclear whether such a transfer is successful.

The Heremans Pigeons are annually caught up with partly be played on flights and partially placed in the breeding. In both cases, the brothers have much success. Especially in the intersection with the old Magic Line Heremans give the pigeons a tremendously good offspring. Many current performance pigeons flow Heremans noble blood in their veins. From all known Heremans pigeons now are descendants of the lofts of Rene and Peter. Think of class pigeons De Jan, De Olympics, Rossi, Spinneke, etc. Some of those descendants that are used for breeding, We are happy to introduce to you.

This beautiful blue cock is emerging with Rene and Peter an excellent breeder. Phantom comes from his father's side from the BE07-6379874 from the line of the world-famous Olympiad BE01-6455003 of Heremans-Ceusters. De moeder is de BE07-6371141 genaamd Geschelpt Gertje, a daughter of the main couple. 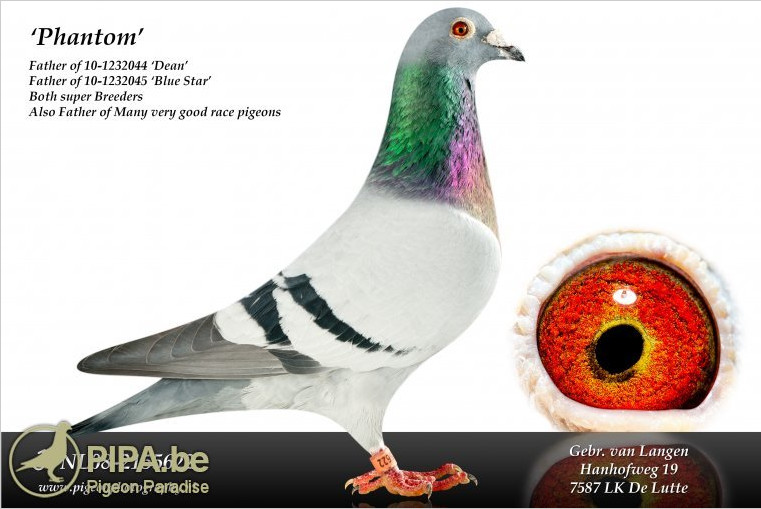 The blue hen is not just a picture in hand, but also grows another great. After a short period as racing pigeon, in which they are, inter alia, a 1st Strombeek against 376 pigeons and a 3rd Strombeek against 430 pigeons managed to achieve, she moved to the breeding loft. Coupled with the Phantom, she was, among other things mother of the litter brothers NL10-1232045 Blue Star in NL10-1232044 Dean. Both nest brothers have proven to have a great breeding value and his father already several good racing pigeons. Take for example the NL12-1195375 Terena. She is a daughter of Blue Star. Terena has in the year 2014 in 2015 truly formidable flown with a whole series of top prizes. Take the list of performance by Terena. Here you view the picture of Terena. But also the NL12-5201782 Gordana, a daughter Feelin Blue, is a promising pigeon. Browse here by the performance of Gordana. 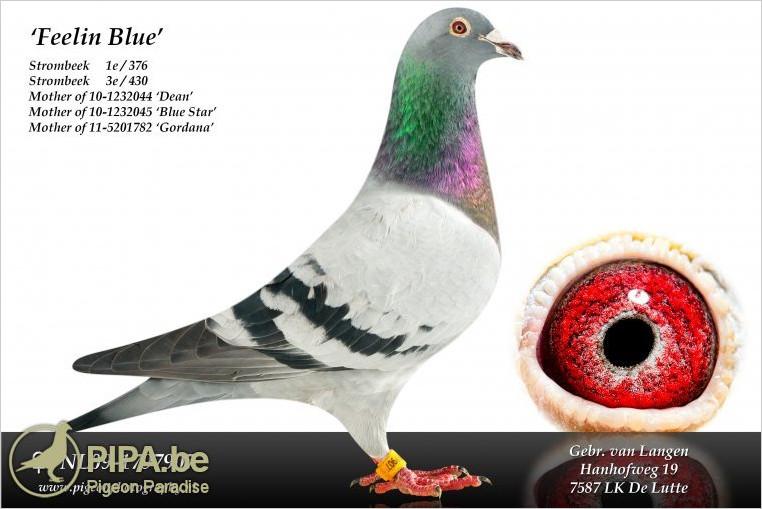 The beautiful blue witpenduivin comes directly from Leo Heremans (Vorselaar, BE). She is a daughter of the famous Roeper Pair. De vader van Denali is de BE07-6369515, a son of the BE02-6113220, The world famous John who was coupled with BE03-6192536 Natalia. Natalia was 1e Asduif Kleine Fond Jaarse Union Antwerpen in 2004 and 10th National Ace pigeon Grand Middle Distance KBDB in 2005. De moeder van Denali is de BE07-6399401, a direct subsidiary of Olympiad BE01-6455003 linked to a sister of the New Rossi. Consult the pedigree of Denali.

Ready for next season

Rene and Peter have in recent years shown an outstanding stock of pigeons. With so many class pigeons in both the culture- as the loft, we will also in the coming years must be firmly with the brothers of De Lutte. They are highly motivated to achieve the highest possible in the sport. We can predict that they are also in 2016 weather will let speak for itself.